Does love exist at Antioch? Since this paper is coming out on Valentines Day it was only natural for most of the record staff to focus on the topic of love. People couldn’t stop talking about it during this week’s staff meeting and at first I was that bitter gay man but then I seriously sat down and started to think about this hallmark holiday.  Growing up I didn’t believe in love as seen in the movies instead I came from the school of thought that it was a feeling necessary to have in order to propagate our genes.  After all our species will die if we stop doing the nasty. Of course modern synthesis does have a few shortcomings I happen to be one. The feeling of love does exist at Antioch for example I know many couples who share that feeling for love with one another I did for most of my Antioch career (lets hope their relationships don’t end up like mine). To be honest I usually dread this “love” day but this year it might be a little different. I am surrounded by the people I love everyday and I am apart of the community I love and I work with some amazing people, that is what this day should be about. Tell your friends, coworkers, lovers and pets that you love them because life would be lonely without them.

Last Saturday,  professor of popular culture at Bowling Green State College and Antioch alumnus, Dan Shoemaker, presented his lecture, “Patriarchy and Post-9/11 Cinema” in McGregor 113. The presentation, slated to begin at 6 p.m., in typical Antiochian fashion, took half an hour and a series of phone calls before attendance was high enough to justify warming up the projector, but eventually the show attracted a crowd of over 30 students.

A graduate of the college with a BA Communication and Media Arts, Shoemaker started off the presentation by discussing his own opinions on modern cinema as a professor of popular culture. “Like most people,” Shoemaker said, “I go to the movies to be entertained and illuminated. Unlike most people, when I see something that bugs me, I write a paper about it.”

Questions of critical film viewing framed Shoemaker’s dissection of cinema and his final conclusions of conspiracy. “Whose fantasy is it? What version of happiness is endorsed? What logic makes it to make sense?” he pondered, while showing excerpts of movies like Million Dollar Baby, and Boondock Saints.
“In the wake of 9/11,” Shoemaker finally suggested, “American people needed assurance, and Hollywood stepped in to provide it.” To back up his claim, he cited examples of classic Hollywood responses to real-world crises; Invasion of the Body Snatchers, War of the Worlds, and Voyage to the Bottom of the Sea. These examples today seem obvious illustrations of blatant propaganda. Shoemaker argued that current cinema is no less  propagandistic, if one only knew where to look.

Initially, Shoemaker’s claimed that Hollywood was deliberately putting subliminal, conservative messages into mainstream films were suspect and far-fetched. His specificity in particular was cause for skepticism; Rumsfeld’s reasoning behind the Iraq war promoted in Million Dollar Baby, specters of the Bush administration in The Boondock Saints, and so on. However, as Shoemaker screened a series of scenes from recent and not so recent films to illustrate his points, his theories became increasingly plausible. The promotion of patriarchy and family values can be easily seen in most modern films, but Shoemaker also pointed out examples of hegemony, anti-pacifism, gender role reinforcement, and religious fanaticism. Some of his points were still a stretch to see, but others came to life on the projection screen in McGregor and posed real cause for concern as to the state of cinema today, making Althusser’s  quote “The media reinforces dominant ideology,” once again tangible.

Film geeks, around April this year, will remember the release of Grindhouse- Quentin Tarantino and Robert Rodreguez’s B-movie double-feature.  For those that don’t, Grindhouse was a sprawling action-packed horror thriller science-fiction epic, comprised of two films: Planet Terror and Death Proof.
Like most people who saw it in theatres, I had visions of a double disc box set, complete with novelty packaging, some fake blood and a mini-machine-gun leg attachment thrown in for a ridiculously jacked price. So I was surprised when I saw that, one, the release date had been shoved back to this Fall, and two, Planet Terror and Death Proof were being released separately. What was wrong with Tarantino and Rodreguiz? Did they break up? Did they not want our money?
Death Proof was released this past weekend, so I had the privilege of checking it out and seeing if it was actually worth the $22.99. For those who missed it in theatres, Death Proof is Tarantino’s story of a washed-up stuntman who stalks two separate groups of twenty-something lovelies. The first he slaughters messily, the second exact bloody revenge on him.  A slasher movie embedded in a chick-flick.
So what’s on the DVD? Well, we’ve got 2 discs of “extended and uncut material” for one. Stuntman Mike’s lap dance (The cut “reel” that had entire audiences going “TARANTINOOOO!”) is restored, as are several other less pivotal moments. The lengthy girl-talk scenes, which garnered most of its criticism, are stretched yet longer. The usual DVD extras -interviews and behind the scenes shorts-  are all present. Notably absent from both (!)DVD releases are the hilarious faux-commercials that broke up the two films in theatres.
Death Proof on its own definitely lacks the punch of Grindhouse. Fans of Tarantino should definitely pick it up; me, I’m waiting for my mini-machine-gun leg attachment edition. 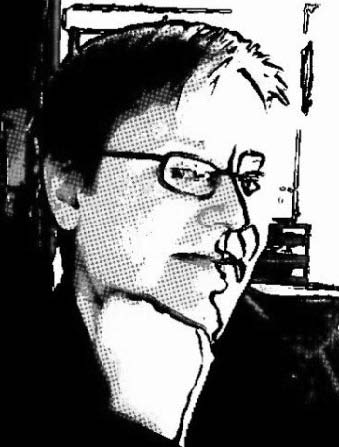 By Levi B. Cowperthwaite

The first time my sweetheart and I shared a dance was during a party in the romance-inspiring Dance Space. The music was blaring, the bodies were sweaty and spinning, and my now-sweetheart and I were dancing with a respectable, torturous distance between us when she leaned in close and whispered in my ear, “Can I grind with you?” My libido’s response?: Oh. Hell. Yes. We didn’t start dating until almost a year later, and she was actually probably yelling (rather than whispering) to be heard over the music, but it was such a sexy, sweet moment (and satisfying dance), that when I think of it today, I feel everything I was feeling in that moment: sexy, desirable, giddy, hot.

END_OF_DOCUMENT_TOKEN_TO_BE_REPLACED 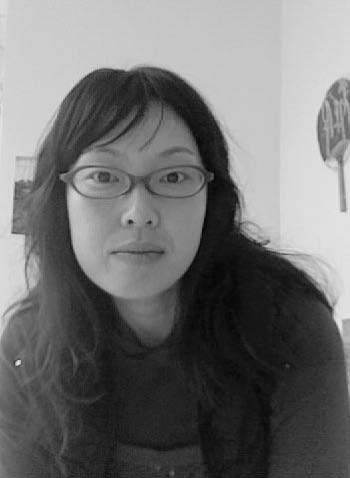