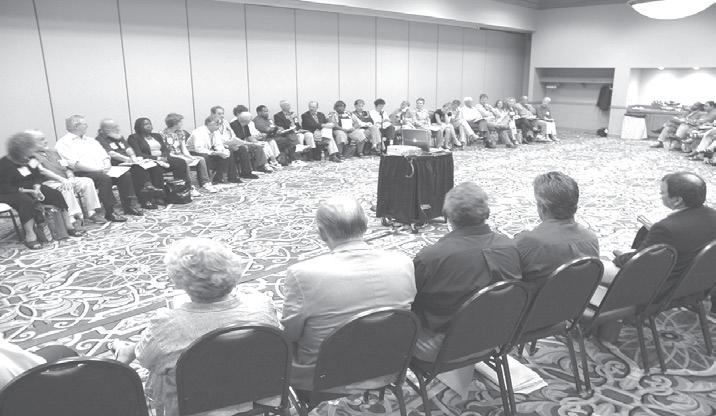 “This tree is not ready to die. New twigs are budding; you’ve heard them today,” faculty member Hassan Rachmanian told Antioch Trustees and close to 200 stakeholders assembled at a Kentucky airport hotel on Saturday morning. Whether it was his plea or that of dozens of others last weekend, the Board of Trustees of Antioch College on Monday announced its willingness to collaborate with the college Alumni Association to further develop a business plan for the future of a viable Antioch College. In addition, the trustees in a separate vote expressed their willingness to consider the creation of a separate Board for the college with “significant authority”.

The Board adopted a resolution to that affect on Sunday, following a weekend hearing of stakeholders from the wider College and Yellow Springs Community whose collective efforts over the last two months have brought to the table over eight million dollars in cash and pledges to keep the doors of Antioch College open past the academic year 2007.

On July 26, Antioch College president Steve Lawry announced his resignation to the community, effective by the end of December of this year. “My family and I have taken this decision in light of the June 9th, 2007, decision of the Antioch University Board of Trustees to suspend operations at the College from July 1st, 2008,” Lawry said in an official press release by the College. “I look forward to contributing in other ways to the advancement of the kinds of values Antioch has traditionally taught and honored—engaged citizenship, free and open intellectual inquiry, and respect for human dignity.”

Shortly after Steve Lawry’s announcement, several newspapers published the news that Chancellor Toni Murdoch had asked Antioch College dean of faculty Andrzej Bloch to assume the role of interim president on the first of January 2008. However, as yet there has been no formal announcement as to whether Andrzej will accept the new title.

END_OF_DOCUMENT_TOKEN_TO_BE_REPLACED

A wind of panic spread among Antioch students upon their return to campus last week. Along with the traditional contact sheet that they were asked to fill out, they were requested to sign a “Student acknowledgement of suspension of operations of Antioch College”.

Paragraph four, in particular, (reprinted below), constituted a source of worry, as it appeared to be protecting the University from any potential legal action by non-graduating students based on a breach of contract.

Community Government, acting upon the advice of alumni legal committee members, published on Pulse a message to enjoin students not to sign the form, which could potentially waive their legal rights. The possibility of signing “under duress” was also discussed, as a significant proportion of students had been under the impression that they would not receive their dorm key if the document was not signed.

END_OF_DOCUMENT_TOKEN_TO_BE_REPLACED 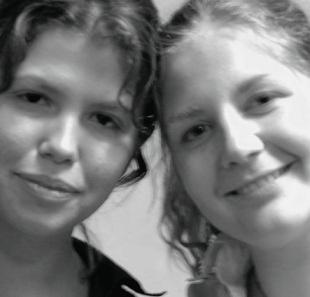 Nostalgia, for some a warm and fuzzy word that expresses honor for the wisdom of your predecessors and respect for the past; for others it’s a synonyme for backwardness and lack of adaptability to the new.

It is putting on a pedistole the imperfect because it conveys a feeling. It’s what fuels places like Cambridge, Harvard and Yale, where the the cherished traditions and glorifi ed experiences of the father become the promises of the son and his daughter after that. History and memory in these places are captured in historic buildings that never crumble. I can only assume that on a campus where the choice is between moving into Dickens’ or Byron’s old room, black mold and poorly done grafi ty is not an issue. Nostalgia is allowed, it seems, encouraged even when it is backed up with ever impeccable buildings and supplemented with state of the art new computer labs, as if to proove that one has not stayed behind.

But what if the buildings are crumbling? Recently, the media with willing quotes from those who should defend us, has all to often made a parody of Antioch. Our decaying buildings become indicative of our loss of academic rigour, piercings and tatoos a reason to declare our spiritual demise. What we are left with is nostalgia for better days long out of reach. If attending the meeting in cincinnati has done one thing, it is to counter this. Those attending showed that we are rich in thought and spirit, they were intelligent and compassionate, eloquent and creative and they hold on to what our predecessors have left us with because have made it our own and we value what it entails.

At Saturday’s Cincinnati meeting, many community members expressed their satisfaction at fi nally being able to meet the members of the Board of Trustees. The pleasure to be able to interact face to face with the people behind the institution was genuine and candid. An exterior observer might wonder why, considering the circumstances… But Duffy explained it well at the stakeholders session: “Antioch is an intimate place; our students care about intimacy”. “We want to have a relationship with you”, he declared to the Board in our name.

Antioch is a place that favors intimacy; and the question has already been raised: if the college does stay open, how big should it become? Nostalgics of the late 1960s ‘golden age’ sometimes hold the 1500-2000 students model in reference. Toni Murdock, in her recent PhD Commencement speech, refers to her “dream” of a “virtual commons” as the university of the future. This idea goes in the direction of current patterns of globalization—as described by her principal reference throughout the speech, Thomas Friedman—in which the physical space becomes increasingly disregarded, at great loss for the local.

The Antiochian values of bottom up action, shared governance and community solidarity are contrary to that vision. They call for resistance against any such attempts at uniformization and dehumanization. They call for the recognition of the collective through respect for the individual, and the sacredness of personal interactions.

Whatever a future Antioch College may come to be, I hope that it will always remain an intimate community. The so often undermined power of intimacy sometimes resurfaces despite it all, and authentic interactions might still hold more value than is usually attached to them. We can look for proof in the outcome of Saturday’s meeting.